On Saturday, Jan. 17 an officer with the London Police Department in Kentucky, responded to a call for shoplifting. 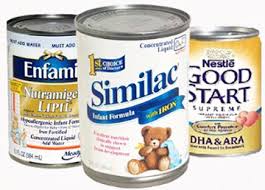 Once on the scene however, and after learning that the shoplifter was actually attempting to steal baby food for his infant after falling on hard times financially, the police officer could not bear to charge him.

It’s stories like these that remind us that people’s actions and decisions can not always be categorized as black or white – life is filled with grey moments like these. Fortunately officers like Roby understand this, and aren’t afraid to show some understanding and compassion above protocol and procedure.

“Me citing him for court wouldn’t have done any good for him,” Roby told WKYT, explaining what he did next. “He’s already short on money, can’t afford formula, so me making him appear in court, he’s still not going to have any food for that baby.

“Behind the uniform, I’m a human being and I’m a person out in this community just like any of them. I have a little boy. I’m a father just like that gentleman was. We’re not these robots … There’s a human behind the badge,” he said.

Read more at the HuffingtonPost